Las Vegas Is Just The Beginning...

Recently, we have seen the horrible news of the shooting in Las Vegas, killing over 50 innocent people who were enjoying a concert, and injuring over 500 others. The shooter had positioned himself on the 32nd floor of a nearby hotel, loaded with assault weapons, with the intention to murder people he didn't know. His motive is still uncertain. Unending gunfire that lasted fifteen minutes, sounding like whirling helicopter blades, will continue to resonate in survivors' minds for the rest of their lives, haunting them. The question remains, "Why?" And another question some are asking is, "Why did God allow this?"

The answers are presented in the Bible, and a lot of theologians are explaining it so people can understand. The bottom line is this: Sin, and Satan. People don't want to think that there is an evil realm hovering over them, seeking to destroy people, luring them away from faith in God. He didn't make people to be robots, but to have free will to choose whether they will follow Him and obey, or to reject Him and do what they wish, with the reality that Satan and his demons, who occupy this world, are ready to steal their hearts. And wreck their lives. People who refuse to follow Christ, and allow Satan to occupy their minds, and have his way in them, will do such acts of destruction.

And this is just the beginning. The Bible tells us that at a certain time, Jesus will call all His true followers up to be with Him, leaving this world behind. This, called the Rapture, will bring together both those who have already died, knowing Him, and those who are alive, knowing Him. This will be a sudden event, unknown to the rest of the world.

"For the LORD Himself will come down from heaven, with a loud command, with the voice of the archangel and with the trumpet call of God, and the dead in Christ will rise first. After that, we who are still alive and are left will be caught up together with them in the clouds to meet the LORD in the air. And so we will be with the LORD forever. Therefore encourage one another with these words."
1 Thessalonians 4:16-18

Then, for those left behind, all hell will break loose, as Satan, who will occupy the Antichrist, and his demons, will have his heyday. Evil acts will be rampant, making the shooting in Las Vegas, seem like child's play. This period is called the Tribulation, which will last seven years. There will be lawlessness, hatred, killing, and devastation happening every day with no relief. People who decide to receive Jesus Christ as their LORD and Savior during this time will be beheaded, becoming martyrs. There will be big wars. Terrible weather. Diseases. Famine. And it will be extremely hard for anyone to survive this awful time. The peak will occur when Satan tries to be God, taking over the Temple in Jerusalem.
Then, after all that time has expired, Jesus will return with His Saints, who He had raptured up earlier, to put an end to the Tribulation, thus ushering in a peaceful Millenium of a thousand years. This will be followed by a short period of time where Satan will be released again to cause another war. Then, the final Judgment will take place, after which Satan, all his demons, and all those poor souls who had rejected Christ will be sent to spend eternity suffering in the never ending fires of hell.

"Anyone whose name was not found written in the book of life was thrown into the lake of fire." Revelation 20:15

There is good news in all of this! Since God has no beginning and no end, He saw the end from the beginning, and sent His Son Jesus to pay for our sins on the cross, shedding His innocent blood for us. He died, was resurrected, and ascended into heaven. Someday soon He will return for His own. For those who have placed their trust in Him for their salvation. Christians won't have to go through these terrible days, as they will be exempt from God's wrath on evil. He doesn't wish for anyone to perish, but for all to have eternal life through Jesus, His Son.

How about you? Are you sure of your eternal destiny? Have you placed your trust in Jesus as your LORD and Savior? If so, instead of going through the agony that is promised for those who have rejected Him, you will be safe in His Presence. Things here will become far worse than it has ever been. Scenes like that which has just happened in Las Vegas, will continue to escalate, and human rights will disappear. Now is the time to be certain of your future. Trust in Jesus today. Ask Him to be your LORD and Savior.

"Now I saw a new heaven and a new earth, for the first heaven and the first earth had passed away. Also, there was no more sea. Then I, John, saw the holy city, New Jerusalem, coming down out of heaven from God, prepared as a bride adorned for her husband. And I heard a loud voice from heaven saying, "Behold the tabernacle of God is with men, and He will dwell with them, and they shall be His people. God Himself will be with them and be their God. And God will wipe away every tear from their eyes. There shall be no more death, nor sorrow, nor crying. There shall be no more pain, for the former things have passed away. Then, He who sat on the throne said, "Behold, I make all things new." And He said to me, "Write, for these words are true and faithful." Revelation 20:1-5 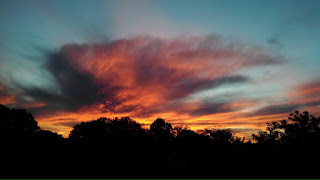