Faith Of the Unseen

In preparing for worship tomorrow, God led me to some Scripture in Hebrews 11 on faith. And it couldn't have been more relevant for today, in 2017.

By faith, Noah, being divinely warned of things not yet seen,
moved with godly fear, prepared an ark for the saving of his household,
by which he condemned the world and became
heirs of righteousness which is according to faith. V. 7

Wow, oh wow!! Do you see it? First of all, it is only by faith in Jesus as LORD and Savior that we are saved, and by His blood we are made righteous. As a result of that faith, we have hope. Hope of what? Hope that He will deliver us from things unseen yet in our future. Jesus spoke of these things as He shared with His disciples what would be going on just before His return.

Nation will rise against nation, and kingdom against kingdom.
And there will be great earthquakes in various paces,
and famines and pestilences. Luke 21:10-11

We see the breakdown of families, the mocking of God, hatred and anger. We see culture embracing what God says is immoral living. Church attendance has been declining dramatically. We are seeing Christians being persecuted and even killed for their faith in Jesus. Never before have we seen so much evil being practiced in our world as today. Well, except for Noah.

We are all familiar with Noah and his story. God was grieved with the evilness of people, and could only find Noah and his family as His faithful followers. So God decided to destroy the evil people, and told Noah to build the ark, load it with his family and two of every kind of animal, to repopulate the earth after everything had been destroyed. Noah, having never experienced rain, believed God, and obeyed. He followed exactly God's instructions. And once they were all in the ark, God closed the door, and everyone out of the ark drowned. Only Noah and his family and the animals were spared.

How does this relate to today? Jesus said, "As in the days of Noah, so will be the coming of the LORD." Even though Noah couldn't visualize what God was going to do, he obeyed in faith, believing that God would protect him and his family, and stay true to His Word and promises. God will destroy Satan, and all his followers. All people who reject Jesus and follow Satan will be sent to hell... forever.

We are in the end times, and we are seeing nations gather against Israel to divide her land. We know God has promised wrath on those nations who do so. We are seeing troops being sent to nations who are beginning to see our nation as a threat, leading to a possibility of war. As true believers in Jesus, as His Bride who is preparing herself and keeping her lamp lit, it is only our faith in Jesus that will deliver us from God's wrath to save us. All it takes is faith. Do you have that faith? 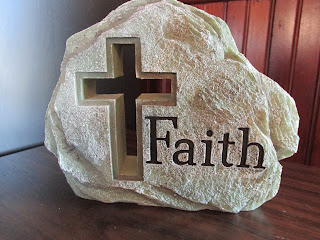