We hear so many times of people trying to predict when Jesus will return, calling Christians up through the rapture. In fact, in the fall of 2015, it was a time when the four blood moons were happening, the Biblical Shemitah was culminating, and so much more. People were strongly implying that the rapture was going to happen then, at the Feast of Trumpets (1 Thessalonians 4:16). But it didn't happen. We are still here. And life is going on. And things like these can fuel the scoffers into not taking Christians and their end time prophecies seriously.

Jesus told his disciples several things about this. In Matthew 24:36, He said that no one would know the day or hour of His return. Not even the angels. But only the heavenly Father will know. People who are anticipating this big event try to justify that because the arrival of the new moon, which signifies the beginning of the fall feast, isn't known until it is actually seen, then the rapture could occur at this time. So every fall, excitement grows around the beginning of the Feast of Trumpets.

And then, if you browse You Tube videos of end time prophecies, you will see countless videos with the captions of Jesus to come at certain dates. How they come up with them is amazing, but in all of them, they were proven to be false. Again, Jesus told his disciples that many will say, "Here He is." But He won't be there. I believe He was referring to our day when people are trying to jump the gun in thinking they have inside information from God as to when Jesus is going to return. But they have been wrong. Every time. As Matthew 24:11 says, there will be many false prophets deceiving many.

Jesus also said in Matthew 24:44, that He will come at a time when is least expected. It seems to me that since people expect Him to come at the Feast of Trumpets, then He won't come then. Maybe in the spring. Maybe at Christmas. Maybe today, or tomorrow.

The main thing to keep in mind is to always be ready. God will reward those who eagerly await His return. The rapture has been compared to a Jewish wedding. The groom (Jesus) has become engaged to his future bride (the Church, or Saints). He returns to his father's house (Jesus returned to His Father's house) to prepare a home for his bride. (John 14:1-4) Then, when the groom's father (Jesus' heavenly Father) sees that all has been fulfilled and ready, he tells his son to get his bride (Jesus is given permission to come get His bride, the Church). And then the wedding takes place, with the wedding supper. Since she doesn't know when this will happen, she has to always be ready.

Are you ready for Jesus? Have you given Him your heart? Jesus tells the story of the ten virgins who were waiting for their groom. It was night time and they had their lamps nearby. Five had enough oil (Holy Spirit) and five didn't. The shout came to announce the arrival of the groom. As the five went out to get more oil, they missed out on the groom, and the door closed. Only the virgins who had enough oil were allowed in. There are two types of Christians. Ones who are true Christians, who have given their hearts to Him, thereby receiving the Holy Spirit to dwell in them. And there are carnal Christians, who have the head knowledge, but not the heart commitment. Which are you? While we can't tell if a person who says he is a Christian is actually one, God can. While we can see only the outside of a person, He sees the heart. And in the end, it matters what He sees.

Be sure of your relationship with Jesus Christ. Make Him your LORD and Savior. He could come at any moment. Always be ready.

Surely, I am coming quickly.
Amen, even so, come, Lord Jesus! 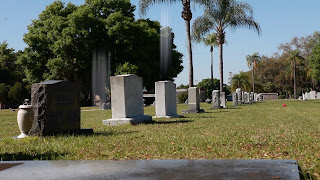